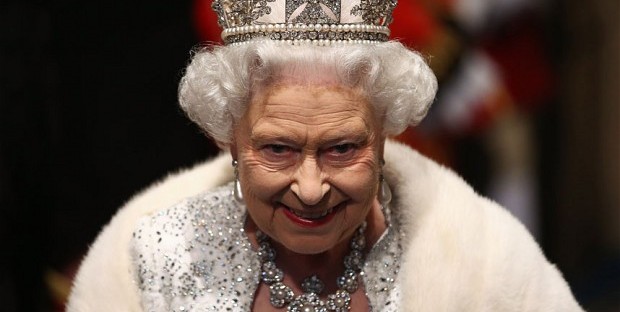 On Wednesday the queen presided over the State Opening of Parliament, an event which, as far as I can tell, is nothing more than a ceremonial waste of everyone’s time. For over 500 years, the State Opening of Parliament has reminded the country of Parliament’s three constituent elements: the Sovereign; the House of Lords; and the House of Commons. This year, though, the Queen’s speech only seemed to remind me of how out of touch the royals and many members of the government are with the rest of the country.

I’ll admit, I’m not exactly the biggest fan of the British monarchy – studying the events of the British Civil Wars at A level combined with my stalwart atheism and made me question what exactly the point of a royal head of state is. Absolute monarchy made sense in a god-fearing age, but considering we no longer believe in the Divine Right of Kings, I don’t understand why we continue to idolize the royals and behave as if they’re superior human beings simply because they were born into the right family. Equally, I can’t fathom why some people who go to Bridge on a Thursday behave as if they have a god-given right to push in front of me… but I digress.

In lunch time debate clubs at school, I failed to be won over by the statistics about how much Liz and her family contribute to the UK economy, frequently cited in the opposition’s response to the motion ‘This House believes that the British monarchy should be abolished’. I don’t dispute that funny-looking beefeaters draw hoards of tourists to London year on year. I know that old people love to give you their two-penneth on Diana until kingdom comes. I know that the birth of George and Charlotte was an excuse for people up and down the country to have street parties, eat cake, all the while making a disproportionate amount of fuss about a tiny human. Alright, I’ll even admit it – getting the day off for the royal wedding back in 2011 was pretty cool.

My problem with the State Opening of Parliament was that the words that came out of the Queen’s mouth were juxtaposed by the conduct of the royals and members of the government. The sentence, “My ministers will continue to bring the public finances under control so that Britain lives within its means” was the one that made me feel the most uncomfortable, for the royals (and many members of Parliament) don’t exactly live in a three-bedroom semi. Instead, they have a variety of homes across the country, and it’s no secret that taxpayers’ money goes towards the upkeep of these residences. As the queen sat on her throne on Wednesday, decked out in more bling than Kanye West (wearing the Imperial State Crown and the Robe of State), setting out the government’s agenda for the coming session, I couldn’t help but wince at the gap between what she was saying, and how she and her family live. Yes, the royals bring money into the country. But they also eat up money which could be spent on valuable public services, like the NHS or childcare provision for working parents.

Similarly, the Queen’s promise that “legislation will be introduced to tackle corruption, money laundering and tax evasion” had the effect of reminding me of the recent Panama Papers leak – where rich and powerful individuals from around the world were shown to have abused their status in order to benefit financially. Our very own prime minister found himself forced to admit that he profited from his late father’s Panama-based offshore trust.

The reason I’m so angry, then, is the rampant hypocrisy that continues to pervade throughout the political sphere – particularly in the UK, but elsewhere in the world as well. It’s time that those in power practiced what they preach. It’s no secret that many students at Oxford or Cambridge go on to have successful careers in politics and the public sphere, and therefore it’s important that those individuals try to maintain this awareness, as they no doubt advance rapidly through the ranks.